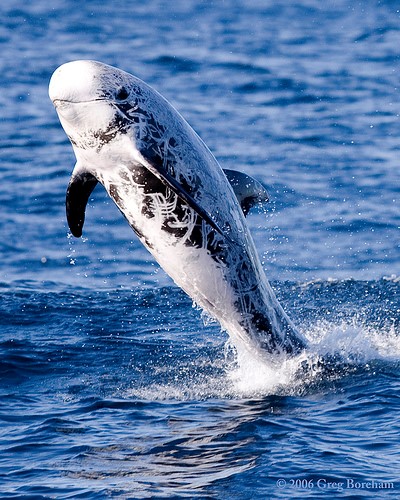 Today I’m filled with real hope.  It feels so good when I can share what expert scientists tell us about the sea and what it takes to conserve them.  Today—ironically—2 new scientific papers about extinction give me hope that there really is an effective way to save the world’s marine life: the Global Ocean Refuge System (GLORES).

It’s rare for scientific papers to confront issues as big as mass extinction of life on Earth.  This week it happened twice, amazingly, in the very same issue of the world-leading journal Science.  For me (and—I hope—many others) these papers show why the Global Ocean Refuge System is urgently needed and why its scientific approach is so fundamentally and uniquely sound.

The Science paper by my longstanding friend Stuart Pimm and his eminent colleagues tells us in fascinating detail and chilling clarity that the world’s species, including its marine species, are in deep trouble.  These scientists find that extinction rates now are about 1,000 times what they were before modern humans first walked the Earth.  Some taxonomic groups of species (e.g., amphibians) are at even higher risk than others (e.g., birds), but all species having limited geographic ranges (ones scientists call endemic species) are at especially high risk.  In some ways scientists know less about extinction risk for marine species, but principles clearly evident in land species seem generally true in the sea as well.  This paper has some good news: at present, marine species are considered somewhat less-threatened than some terrestrial groups.  And there’s more: “the rate at which mammals, birds, and amphibians have slid toward extinction over the past four decades would have been 20% higher were it not for conservation efforts.”  So Pimm and colleagues are telling the world that conservation really works.  Furthermore, they say “protected areas, while diverse and differing substantially in their purposes and levels of protection, are essential to reducing extinctions.”  That is the fundamental principal that makes the Global Ocean Refuge System the most effective idea we know for preventing mass extinction in the sea as the world becomes increasingly dangerous for marine life.  Echoing another hugely important paper by Graham Edgar and colleagues in the other world-leading journal Nature, Pimm and colleagues say “Marine protected areas that are no-take, well-enforced, old, large, and isolated by deep water or sand are disproportionately successful in retaining their species.”

But let’s dive deeper, looking at what coral reefs tell us about marine conservation.  The Science paper by Loïc Pellissier and colleagues (whom I don’t know personally) finds that places that offered refuge from climate changes in the last 2.6 million years played crucial roles for marine biodiversity.   These natural refuges allowed some species to survive dramatic climate changes that brought about profound habitat loss.  Later, when conditions permitted, refuges allowed species in them to expand their range and recolonize places that had suffered catastrophic habitat changes.  These refuges also served as “evolutionary cradles” where living things evolved into new species.  Thus, refuges were essential to fishes’ repopulation of tropical waters around the world.  What that tells us today:  Conserving a relatively modest fraction of the ocean—so long as it’s the right fraction (as explained in an important recent paper by Rodolphe Devillers and colleagues)—seems to be a viable way to save very large numbers of marine species as the world’s oceans heat up and become more acidic.  Understanding where species occur and where refuges might be allows us to assemble a robust system for saving marine life in coming decades.  In essence, it tells us how to create Noah’s Arks in all regions of the sea.

Our world is facing an extinction crisis as bad as the one 66 million years ago that wiped out dinosaurs, ammonites and more than half of species on land and in the sea.  But, at least in the last 2.6 million years (and, presumably, many times previous), refuges where species clung to survival were crucial to the recovery of the world’s marine life.   If they worked in the past, creating a global network of refuges seems to be a smart strategy now, as the oceans face huge changes now and in the lifetimes of our children and grandchildren.

Knowing that we can do this gives me hope for marine life and for our own species.