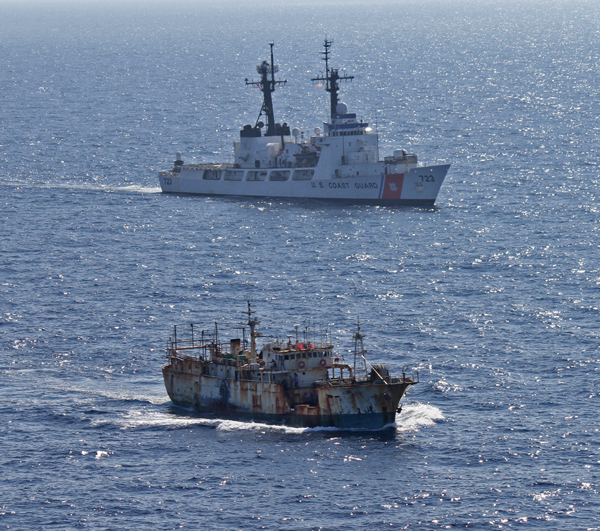 The US imports approximately $2 billion a year in illegal, unreported, and unregulated (IUU) seafood, perpetuating overfishing and destructive practices around the world, and damaging the livelihoods of law abiding US fishermen. IUU imports undercut prices for US caught seafood and unfairly compete with seafood caught by US fishermen who have to live by the stringent requirements of the Magnuson-Stevens Fishery Conservation Act. US fishermen and their communities need a level playing field, especially to take advantage of the sacrifices they have made to make Magnuson-Stevens work.

Michael Gravitz, director of policy and legislation at the Marine Conservation Institute, said, “If you care about stopping illegal seafood from entering the US and about strengthening US fishermen and their communities, marking up H.R. 774 is an important milestone. It’s time for Congress to do its part by passing this bipartisan legislation which will stop illegal seafood before it reaches our docks, our stores and our plates.”

H.R. 774, introduced by Congresswoman Bordallo (Guam-D), would implement an international treaty, the “Port State Measures to Prevent, Deter and Eliminate, Illegal, Unreported and Unregulated Fishing”, that makes it illegal to import any illegal seafood. The Port States Measures agreement gives US personnel additional tools to stop ships carrying IUU fish from landing the products.  Passing H.R. 774 to implement this ratified treaty would send a powerful message to other countries that the US, the second largest importer of seafood in the world, wants to lead on this issue. When 25 countries have signed (14 have now) the treaty will go into effect for all the signers. Depending on which countries sign the treaty, large markets will closed to IUU seafood, severely reducing the economic incentive to fish illegally. Additionally, H.R. 774 strengthens and streamlines the enforcement of several important international fishing statutes.

Gravitz continued, “Supporters for action against illegal fishing span the entire ideological spectrum because they all know that IUU imports are hurting law abiding US fishermen and their communities. We applaud this spirit of bipartisan resolve to fix big ocean problems.”

Internationally, IUU fishing also contributes to overfishing,  destroys habitat, results in hunger in coastal areas (often in poor developing countries, such as regions in West Africa that depend on fish for daily protein) and causes instability in those countries.