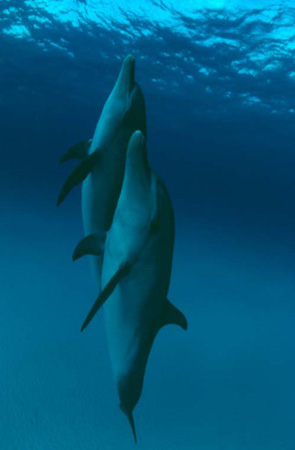 We bring to you the 12 days of “Fishmas”, a celebration of 2015’s monumental marine protection advancements!

7. On the seventh day of Fishmas, we applaud The Bahamas for expanding its network of marine protected area coverage by creating 15 new parks and expanding three others, totaling 45,000 square kilometers of new area protected.

6. On the sixth day of Fishmas, we congratulate the British Government for creating one of the world’s largest, no-take marine reserves around the Pitcairn Islands, a UK Overseas Territory in the South Pacific. Once fully implemented, this marine reserve will protect over 830,000 square kilometers of ocean!

5. On the fifth day of Fishmas, we celebrate the announcement of new shark sanctuaries in the waters surrounding Bonaire and Saba in the Caribbean Sea and the waters around the Federated States of Micronesia. The sanctuaries will span the islands’ complete exclusive economic zones and will prohibit all commercial shark fishing up to 200 nautical miles from each island. These shark sanctuaries will protect a combined total of nearly 3 million square kilometers.

3. On the third day of Fishmas, we celebrate the first Hope Spot in the Mediterranean. This past November Dr. Sylvia Earle, Founder of Mission Blue, named the Balearic Islands a Hope Spot– a special place worth safeguarding as a marine protected area for its significance to the health of the Mediterranean Sea. Marine protection in the Balearic Islands now reaches 49,000 hectares in total (18% of Spain’s inland waters).

2. One the second day of Fishmas, we celebrate two new proposed National Marine Sanctuaries in Maryland and Lake Michigan covering 2,302 square kilometers. Announced by President Barack Obama at the Our Ocean conference in Chile, these two protected areas are the first to be identified by NOAA for possible designation under the National Marine Sanctuaries Act in over a decade.

1. On the first day of Fishmas, we celebrate Cuba and the United State’s collaborative marine protected area program to foster conservation and understanding of shared natural marine resources in both countries. This cooperative program will initially focus on Gauanahacabibes National Park, Bank of San Antonio, the Florida Keys, Flower Garden Banks National Marine Sanctuaries and possibly others.