Retiring is a very personal decision.  I come from the first Space Age generation, from a time when rocket launches were big stories on evening network news.  One idea engineers wanted us to learn is that lifting a satellite into Earth orbit happens in more than 1 stage.  The 1st stage boosts the rest off the ground and falls back to Earth; the subsequent stage (or stages) lofts the payload into orbit.

Since 1978, when I became a professional conservationist, I’ve seen that conservation also progresses in stages.  And that shaped my life’s strategy: first we needed to design the marine conservation movement.  Then, in 1996, we started Marine Conservation Biology Institute to boost the movement off the launch pad.  Now as I retire, when our new name, purpose and leadership are well-established, it’s time to lift the movement into orbit. 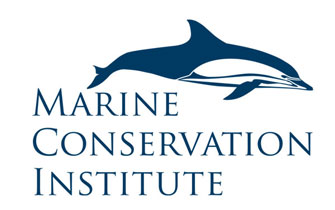 By many measures, we’ve succeeded in building the movement we depicted in 1996. There’s now a vibrant science of marine conservation biology.  To make that happen, we a) dedicated ourselves to birthing it, b) set its goals and canonical ideas in books and symposia, c) attracted swarms of new adherents, d) gave some of them seed money to determine what the sea was like in the past and e) watched marine conservation scientists and advocates become multihued, multitalented, more female, younger and smarter.  Now thousands of amazing young people whose textbook was Marine Conservation Biology are shaping and realizing ideas that didn’t exist when we began.  But building this foundation for the movement to save the oceans’ life support capacity wasn’t enough for us.

Catalyzing this new science was always a means to an end.  Our purpose has always been securing strong protection for all kinds of the oceans’ ecosystems.  There, too, we changed the game.  Eg, we played key roles in persuading both Presidents GW Bush and Obama to give strong protection as marine national monuments to 3 colossal Pacific areas, thereby setting off the accelerating international competition to designate the biggest, best marine protected areas.  We saw an opportunity and made it happen.  I’m proud that our fingerprints are on many conservation wins. 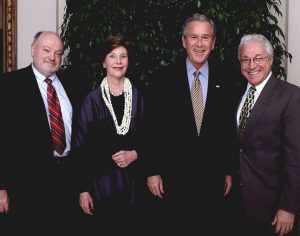 The job isn’t yet done.  Not nearly.  But now strategic, cost-effective large-scale action can safeguard the seas’ and humankind’s future.  It’s now or never.  As our climates are changing dramatically, this is what the world needs.  Happily, getting things done for the Earth is what Marine Conservation Institute does best.

To loft the marine conservation movement into orbit the next stage is GLORES, the Global Ocean Refuge System.  The Noah’s Ark for marine life.  The world’s marine life insurance policy.  The marine analogue of the Global Seed Vault (because it’s the most cost-effective, resilient way to save the living things that maintain Earth’s habitability).  A new effective global institution led by a working coalition of scientific and advocacy organizations.  A predictable, eagerly anticipated world event.   A win-win-win-win for marine life, conservation NGOs, our grandchildren and the world’s countries.

Of course, seeing the big picture requires thinking about next steps.  I brought Lance Morgan to Marine Conservation Institute as my Postdoctoral Fellow in 2000.  Lance was really smart then and he’s learned quite a lot since.  He knows what the movement must accomplish and how to get it done.  He doesn’t let his ego get in the way.  Quietly, calmly, he champions our vision of GLORES as a diversified, resilient portfolio of strongly protected marine areas designed to allow marine species to survive very difficult times to come… and they are coming.

There isn’t enough time to find a refuge in outer space where humankind can survive.  We must act as if our fate is tied to the Earth’s, which requires saving the marine life that drives ecosystem processes in the largest living realm… processes that humans need.

Saving the Earth’s marine life is essential and achievable if we establish the right institution to make it happen.  The closest analogy: People wisely established a Global Seed Vault on Svalbard Island in the Arctic Ocean to save our essential food crops for a future that’s becoming increasingly inhospitable.  Saving your seeds is smart.  So is saving your world’s biggest life-support system.

We can do this.

Catalyzing really big, transformative outcomes is not what all foundations and benefactors have been funding of late.  Some funders seem to equate nonstop self-promotion and high overhead with high impact, while thinking such organizations can succeed with expensive, top-down, small-scale but quick wins rather than cost-effective, bottom-up, big, enduring wins.  But there isn’t enough time to save life in the oceans’ 361,900,000 km2 bit by bit.  Effective solutions must be strategic, cost-effective, large-scale and fast.

For me the fight to save the Earth is very personal.  I was shaped in the Cold War/pre-Earth Day ‘50s and early ‘60s, when both nuclear annihilation and silent spring threatened our world.  It was a terrifying time.  But inspired by the vision of people such as Martin Luther King Jr., I, too, have dared to dream.

I dream that humankind will decide to maintain a livable Earth.

I dream that science will set the right goals for saving our oceans.

I dream that conservation advocates and economic interests will join to get countries to compete to create what scientists say are the safest refuges for ocean life.

I dream that this Global Ocean Refuge System will save groupers and corals, dolphins and sharks, copepods and phytoplankton, all the players in the great symphony of marine life, whether we understand their roles or not.

Knowing Marine Conservation Institute’s people and mission allows me to retire with confidence that we can achieve GLORES.  Lance and his incredibly capable team are ready to help GLORES into orbit soon enough to matter.

In retirement my happiness will come from family, gardening, watching my backyard birds, reading for pleasure, thinking and knowing that the marine conservation movement is in the best hands.  And I intend to continue guiding and supporting Marine Conservation Institute as a member of our Board of Directors.

We must win this one for marine life, your grandchildren and mine.

And if my 37 years of effort have somehow made your world better to live in, as I leave the stage I’m asking you (yes, you!) to do whatever you can to help Marine Conservation Institute realize our shared vision….

We can do this.