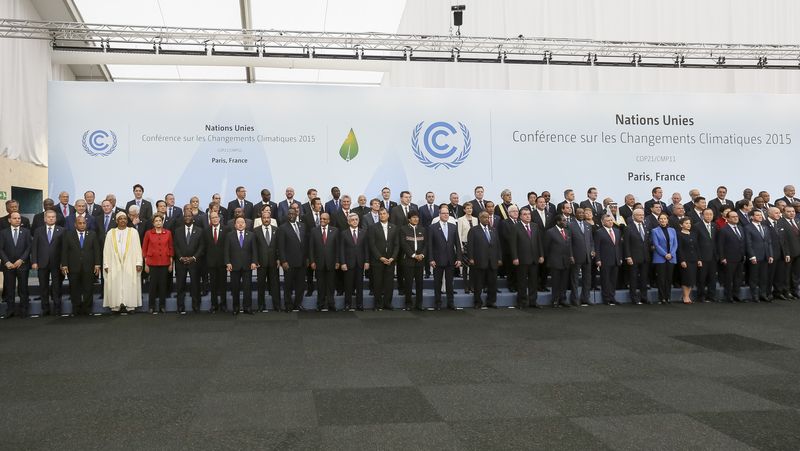 From November 30-December 12, 2015, world leaders met in Paris, France for the Conference of the Parties (COP21) to achieve a legally binding and universal agreement on climate. COP21, as said by President Obama, “could be a ‘turning point’ towards a low-carbon future.” The historic Paris climate agreement established a model for the world to combat ominous climate change, one of the oceans’ greatest threats due to sea level rise, ocean acidification and deoxygenation.

To combat the impacts of climate change, world leaders have agreed to pursue an effort to keep global temperatures from rising more than 2°C (3.6°F) above pre-industrial levels by 2100 with an ultimate target of keeping temperature rise below 1.5°C ( 2.7°F). Following vigorous and challenging negotiations, the final Agreement document allocates trillions of dollars towards efforts to adapt to and combat the effects of climate change, such as adaptive infrastructure like sea walls, and technological development of renewable energy sources like solar and wind power. Nations will assess their progress towards meeting their climate commitments every five years.

Despite the oceans’ essential role in regulating Earth’s climate, our planet’s largest biosphere initially did not appearing on the meeting’s agenda. Fortunately, thanks to the advocacy efforts of the High Seas Alliance, Dr. Sylvia Earle and other organizations, the final Paris Agreement features acknowledgement for the oceans’ role in climate integrity within the Preamble and in the Agreement itself, under the banner of Ecosystem Integrity. Including the ocean in the Agreement underscores the importance for strong marine protection and helps ensure that oceans are represented at future meetings.

Marine Conservation Institute and MPAtlas.org commend the Agreement achieved by nearly 200 nations, and urge world leaders to work towards limiting temperature rise to 1.5°C ( 2.7°F), the temperature rise acknowledged to be the highest bearable to avoid irreversible damage to vulnerable marine ecosystems. While world leaders have demonstrated that unity in the fight of climate change is possible to accomplish, the process of executing plans to achieve climate goals has just begun.

Marine Conservation Institute is leading the Global Ocean Refuge System (GLORES) initiative to help world leaders strongly protect at least 20% of the oceans by 2030 and safeguard marine life from the effects of climate change. Learn more at www.globaloceanrefuge.org.