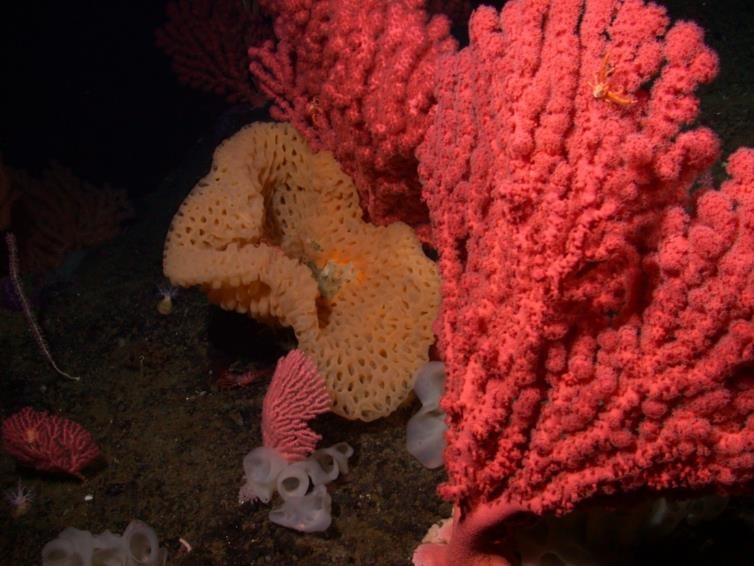 CALIFORNIA — Congressman Sam Farr (D-Calif.) and Ted Lieu (D-Calif.) have introduced landmark legislation to safeguard a series of underwater mountains and the marine wildlife they support in the deep sea off California.

Known as “seamounts,” these extraordinary places are highly productive ‘oases’ in the deep sea. Off California, seamounts support rare deep‐water corals and sponges, endangered white abalone, endangered fin and blue whales, and many other species. Some seamounts serve as fueling stations for migratory species like endangered sperm whales and sea turtles, seabirds and sharks. These remote, deep areas are also a vital frontier for scientific discovery, as research expeditions continue to yield new and rare species.

While relatively pristine because of their remote location, seamounts and the marine wildlife they support are vulnerable to human impacts like mining, oil and gas drilling, fishing and climate change. “Rapid change is already occurring in our ocean due to warming waters and ocean acidification; irreversible damage can easily occur before we understand the true value of these places,” says Lance Morgan, President of Marine Conservation Institute. “Marine protected areas are a proven tool to safeguard ocean health for the future, yet less than 1% of the federal waters off California are strongly protected.”

“This bill sets the stage for a collaborative process designed to safeguard fragile living habitats and food webs on a series of ancient volcanoes in the deep waters off California.” 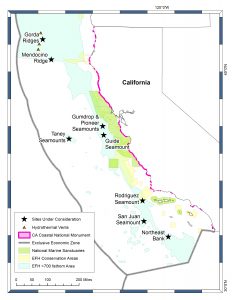 “We applaud Congressman Farr for recognizing the important ecological values of these seamounts and introducing a well-rounded proposal that takes into account existing uses,” says Samantha Murray, California Seamounts Coalition Director. “This bill sets the stage for a collaborative process designed to safeguard fragile living habitats and food webs on a series of ancient volcanoes in the deep waters off California.”

“This landmark bill is forward-thinking and balanced in its approach,” says Pete Stauffer, Environmental Director at the Surfrider Foundation. “It seeks to safeguard geological and biological hotspots and preserve outstanding recreational opportunities for fishing and deepwater diving.”

The California Seamounts Coalition is a collaboration between Marine Conservation Institute, the Surfrider Foundation, Wildcoast and others. For more information, please visit www.californiaseamounts.org.