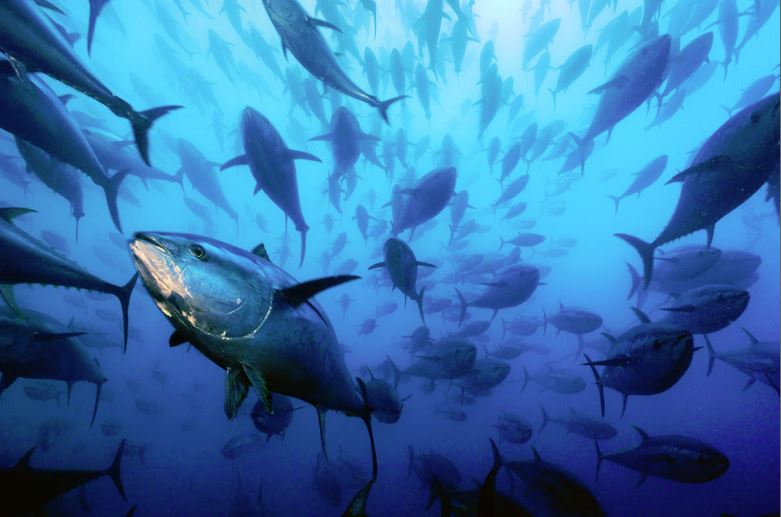 A recent study published in the journal Evolutionary Applications provides new insights into the effectiveness of no-take marine reserves for protecting large pelagic fish. The benefits of marine reserves for migratory and pelagic fish species have long been questioned because these protected areas often only encompass a small fraction of the habitats these fish use throughout their lives. New research by Jonathan Mee, Sarah Otto and Daniel Pauly illustrates how marine reserves and fishing pressures trigger evolutionary responses that increase reserve effectiveness for pelagic fish.

The study, which focused on skipjack tuna, bluefin tuna, dogfish and great white shark, used simulations to investigate whether selection for fish that remain within a marine reserve would result in larger populations of fish that remain within the reserve. Their results suggest that shorter-lived species, like the skipjack tuna, can evolve faster in response to marine reserves in comparison to longer-lived species such as the great white shark. Populations of all four species evolved to exhibit a different pattern of movement in response to marine reserves in the simulations. By remaining in the reserve, they evaded fishing pressures, allowing overfished populations to recover. Ultimately, this study reveals that a well-designed marine reserve can reduce negative impacts of fisheries-induced evolution, as well as contribute to a more positive fishing yield (Mee et al. 2017).

This research suggests that fish evolve in response to strongly protected areas where no fishing is allowed and that these areas can become more valuable over time. Marine Conservation Institute is dedicated to protecting marine wildlife and is leading the Global Ocean Refuge System (GLORES) initiative to catalyze strong protection for at least 30% of the ecosystems in each marine biogeographic region by 2030. GLORES aims to create a network of effective marine protected areas to foster resiliency and recover ocean life.