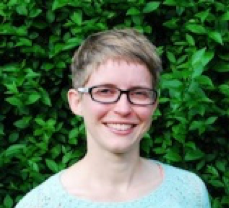 This week, we are excited to shine the Global Ocean Refuge System (GLORES) Partner Spotlight on Dr. Bethan O’Leary, a member of our esteemed GLORES Science Council!

Dr. Bethan O’Leary is based at the Environment Department at the University of York and currently works as a British Ecological Society Policy Fellow and an Associate Lecturer. Her research interests are focused on fisheries management, marine protected areas (MPAs), areas beyond national jurisdiction, and international targets for marine conservation.

Dr. O’Leary has worked on ocean science and policy for the past 10 years. Between 2007 and 2010, she was a member of the scientific research team that developed proposals for the world’s first network of high seas MPAs in the North-East Atlantic under the OSPAR Convention. Dr. O’Leary presented these proposals at several intergovernmental meetings, and they led to the designation of six high seas MPAs in 2010. She then went on to finish her PhD on marine protected areas and ocean governance in 2012, following which she worked on identifying species extinction risk using global models of human impact and the effectiveness of spatial management measures, among other things.

Since 2016, much of Dr. O’Leary’s work has focused on informing negotiations over a new international instrument for the conservation and sustainable use of biodiversity in areas beyond national jurisdiction at the United Nations. She has given several presentations at the UN and to Ambassadors to the UN at regional workshops. Dr. O’Leary is currently working to inform the UK’s 6th National Report to the Convention on Biological Diversity and discussions regarding post-2020 targets.

We asked Dr. Bethan O’Leary why she joined the GLORES Science Council:

“We are making great progress towards meeting the global goal for at least 10% marine protected area coverage set by the Convention on Biological Diversity’s Aichi Biodiversity Target 11 and the Sustainable Development Goal Life Below Water. But the conversation is increasingly moving towards whether or not marine protected areas are actually achieving marine conservation; that is, we have an increasing number of lines on a map, but are they meaningful lines? I was excited to join GLORES because it is trying to move forward our understanding on this identifying, and rewarding, those MPAs that are truly delivering good conservation.” 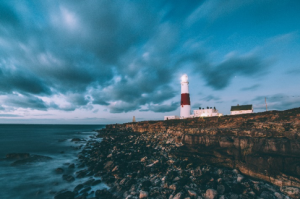 To learn more about Dr. Bethan O’Leary, explore her University of York profile and publications. Do you know great blue parks that deserve global recognition? Nominate them for Global Ocean Refuge Awards!