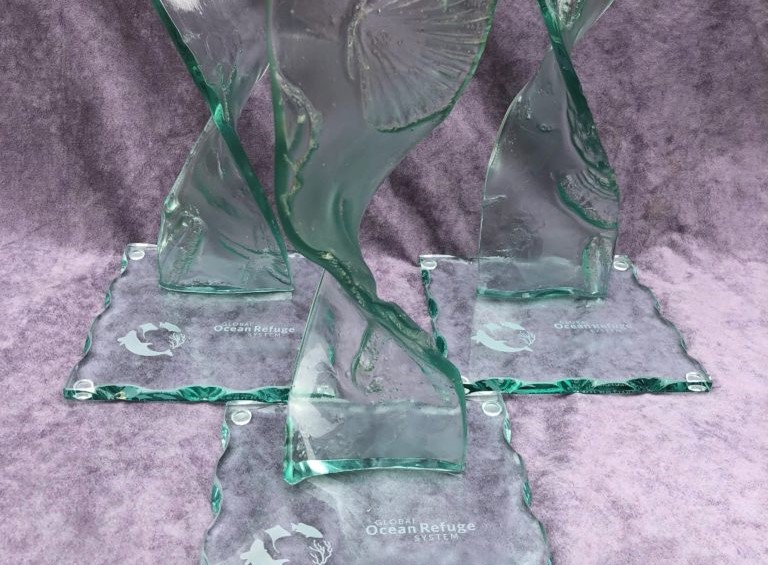 [Bali, Indonesia]  Today at the 2018 Our Ocean Conference, where representatives from about one hundred nations around the world and hundreds of marine conservationists are gathered, Marine Conservation Institute announced that seven new blue parks have been selected to receive its Global Ocean Refuge System Award. The newest members of the Global Ocean Refuge System (GLORES, pronounced “glories”) all meet the highest science-based standards for biodiversity protection and best practices for management and enforcement. These strong marine protected areas and no-take reserves will make an outstanding contribution to saving marine life for future generations.

Marine Conservation Institute awards Global Ocean Refuge status to marine protected areas (MPAs) for actively safeguarding the world’s most valuable and biodiverse ocean habitats, sustaining marine biodiversity and increasing populations of marine life. Marine Conservation Institute’s objective for the award is to bring special recognition to nations, decision makers and site managers who effectively protect their marine ecosystems and to incentivize better ocean protection worldwide. Our hope is that this network grows and inspires nations around the world to strongly protect 30% of the ocean’s most important places by 2030.

These seven awards bring the total number of Global Ocean Refuge Award winners to ten. The award celebrates excellence in marine conservation just as the Oscars™ do for movies or Olympic medals do for sports.

“To understand the importance of these new blue parks in the Global Ocean Refuge System, it is critical to understand that many of today’s MPAs do not protect ocean ecosystems very well; they have loose or no rules and weak or nonexistent management,” said Lance Morgan, President of Marine Conservation Institute. Morgan continued, “Sometimes called ‘paper parks’, they appear in lists of MPAs and are officially counted as MPAs but lack substance. Joining the Global Ocean Refuge System requires achieving a science-based standard that we know protects the oceans for generations to come. By recognizing, valuing, and visiting these blue parks, we encourage more countries to meet this critical standard going forward.”

Article About Impacts of MPAs on Ocean Ecosystems

“No-take marine reserves are the most effective protected areas in the ocean,” by Enric Sala and Sylvaine Giakoumi in ICES Journal of Marine Science (2017)