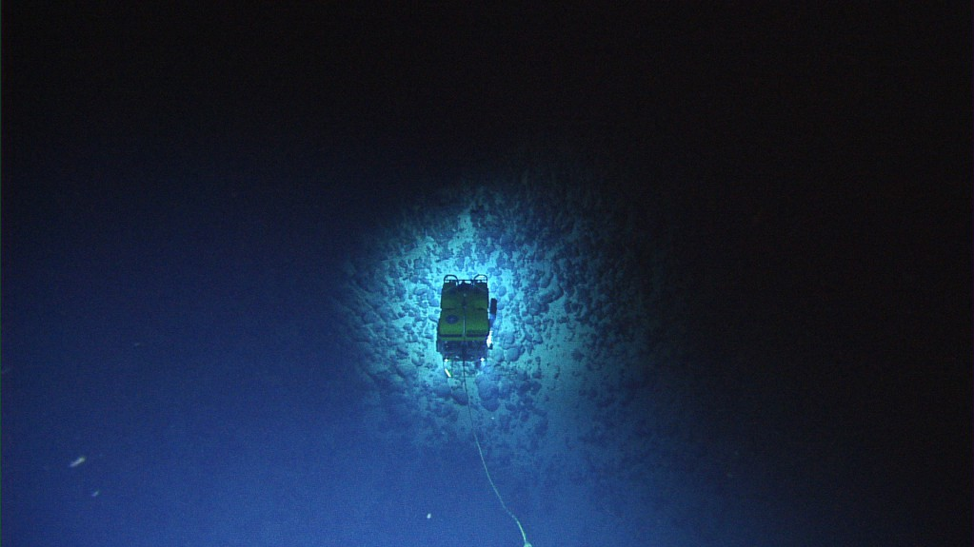 Seamounts are massive underwater mountains – usually extinct volcanoes – that tower thousands of feet above the seafloor. Some seamounts however, including the San Juan Seamount off the coast of southern California, were once ancient islands. San Juan started to form approximately 20 million years ago when seafloor eruptions spewed massive quantities of basalt and other volcanic rocks into the water column. San Juan was volcanically active for an estimated 9.7 million years, and it most recently erupted approximately 2.8 million years ago. For around a million years before it slipped back beneath the waves (10-14 million years ago), it existed as a series of eight small islands, maxing out at 460 feet above sea level with a total area of approximately one square mile (a little larger than Monaco and Vatican City – the world’s smallest countries). Today, the summit of San Juan seamount sits 1,837 feet below the surface of the ocean. Some of the exposed surfaces of the seamount were eroded by wind and waves, as evidenced today by weathered rocks and the remnants of sandy beaches. However, the main culprit for the sinking of San Juan back beneath the waves is not erosion, but rather subsidence. Seamounts are so massive that they can cause the ocean crust beneath them to flex and compress, making the seamount sink lower and lower. In the case of San Juan Seamount, the ocean crust also compressed significantly due to thermal contraction – meaning that the crust shrank as it cooled down once volcanic activity ceased.

San Juan Seamount was first explored in 1941 when a single dredge recovered rocks from a depth of 5,000 feet (two other dredges were attempted, of these one was damaged and the other lost). In 2003 and 2004, the Monterey Bay Aquarium Research Institute conducted the first visual surveys of the seamount using a considerably more advanced approach, subsequently followed by a 2016 expedition by Ocean Exploration Trust. Just by looking at the incredible imagery that these expeditions returned with, you mighty correctly guess that our ability to study the deep sea has improved considerably since 1941.

The deep sea is challenging to explore. Surveying seamounts requires technology that can handle a highly pressurized, dark, and cold environment. Early approaches, including dredging, box coring, and towed camera arrays, are limited in their capabilities but are still widely used because they are inexpensive and easy to operate. One of the biggest innovations in deep-sea research was the introduction of submersibles that allow for directed exploration of the seafloor. Human occupied vehicles (HOVs) are submersibles that carry small teams of scientists into the deep sea, allowing them to maneuver across the seafloor to take photographs and videos, collect biological and geological samples, and measure environmental conditions using a large variety of sensors. Remotely operated vehicles (ROVs) are robotic submersibles that are piloted from a ship. They remain attached to the ship with a long tether that supplies power to the ROV and transmits images, video, and other data back to the ship. Some expedition vessels (for example, the Okeanos Explorer and the Nautilus) have recently begun to live telecast the video from ROV surveys over the internet, allowing anyone to follow along in real time from the shore. Automated underwater vehicles (AUVs) are the most recent addition to the submersible fleet. Like HOVs and ROVs, these vehicles can visually survey the seafloor and carry a multitude of sensors. However, AUVs carry out their surveys without being piloted by a human, operating according to a pre-programmed mission. AUVs can generally carry out longer missions and cover much greater areas of the seafloor than ROVs and HOVs, but have reduced sampling abilities and cannot navigate highly complex environments.

The expeditions to San Juan Seamount have uncovered an incredible array of life, including benthic communities dominated by cold-water corals, sponges, xenophyophores, and echinoderms, and fish assemblages that include grenadiers, Pacific flatnose, and halosaurs. Xenophyophores are giant amoeba-like protists comprised of only a single cell – despite their surprisingly large size of up to eight inches across! They create ‘tests’, or skeletal structures, made of sediment and shell fragments that serve as important habitat structures for worms, copepods, crustaceans, brittle stars, and snails. The seamount is also home to rare species, including the deep-sea file clam (Acesta sphoni) that only lives on a few seamounts and canyons off the coast of California. The bamboo corals that grow on San Juan Seamount are long-living (150-300 years) species that are important archives for reconstructing past ocean conditions, with significant implications for better understanding how climate change will shape our future oceans. In addition to its diverse benthic life, San Juan Seamount provides an excellent pelagic habitat for a number of species including large predatory fish, seabirds, and marine mammals.