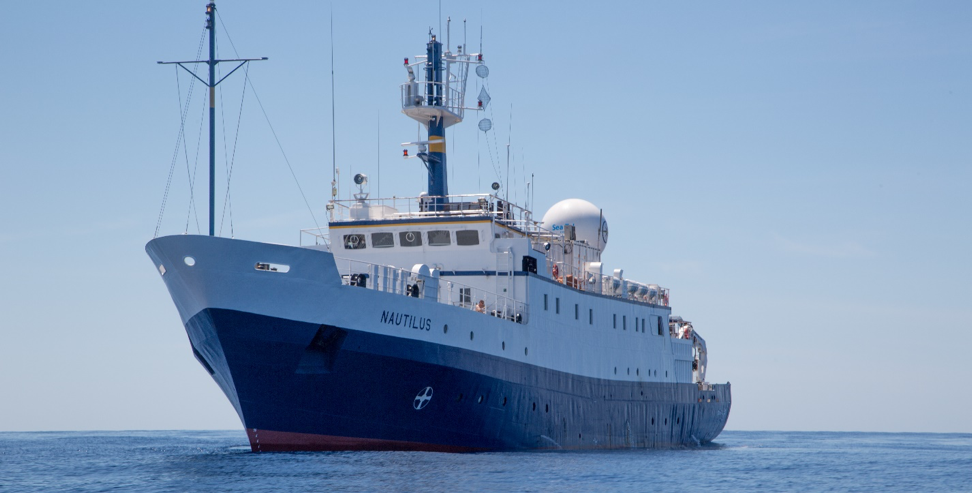 On August 25th, Marine Conservation Institute staff scientist Samuel Georgian will join a 22 day-long deep-sea research expedition onboard the E/V Nautilus. The cruise is collaborative effort with scientists and support from a wide array of institutions, including Temple University, NOAA Ocean Exploration and Research, Ocean Exploration Trust, and the University of Rhode Island. The E/V Nautilus will sail from Apia, Samoa to Honolulu, Hawaii, conducting seafloor exploration, sampling, and mapping within and around the Pacific Remote Islands Marine Monument. Seafloor surveys will be conducted using the remotely operated vehicle (ROV) Hercules, which is piloted via a tether connected to the ship. Hercules can explore the seafloor in depths of over 13,000 feet, and is capable of taking high-definition videos and photographs, collecting biological and geological samples, and can be outfitted with a wide array of sensors and mapping tools.

At the urging of Marine Conservation Institute, the Pacific Remote Islands Marine National Monument was established in 2009 to protect a diverse range of species including corals, fish, sea turtles, seabirds, and mammals from threats such as commercial fishing and deep-sea mining. The protected area was expanded considerably in 2014[1], and now covers an astonishing 495,189 square miles of ocean. There are 165 known seamounts in the area that support a large diversity of cold-water corals and sponges[2]. While some of these seamounts have been mapped and surveyed during previous expeditions, most have never been explored, and scientists can only guess that they likely house the same biodiversity found in neighboring habitats.

The primary goals of the expedition are to explore deep-sea habitats – including previously unvisited seamount ecosystems, map the seafloor at a high resolution, and collect baseline data on the biology, geology, and water chemistry of biodiversity hotspots. Previous deep-sea expeditions in the region discovered extensive fields of cold-water corals (notably precious corals, bamboo corals, and habitat-creating stony corals), large fish communities, deep-sea sponges, and interesting geologic features including thick manganese crusts, arch formations, and karsts. The information collected during this expedition will expand our understanding of the species diversity that occurs in the region, help to better characterize the biology and geology of previously unexplored seamounts, and importantly, inform and support conservation decisions within and around the Pacific Remote Islands Marine Monument.

You can get involved during this expedition! Head over to www.nautiluslive.org/ to watch live footage of the deep-sea surveys as they happen. You will also find cruise updates, photos, and video highlights of the most exciting parts of each ROV dive, and can also hear and even interact with the scientists onboard. Come (virtually) dive with us!

Marine Conservation Institute was instrumental in the designation of the PRIMNM and continues efforts to implement a strong and effective management plan. Together with the Surfrider Foundation and Wildcoast we advocate for the conservation of California’s seamounts, and champion  conservation globally working with the Deep Sea Conservation Coalition.