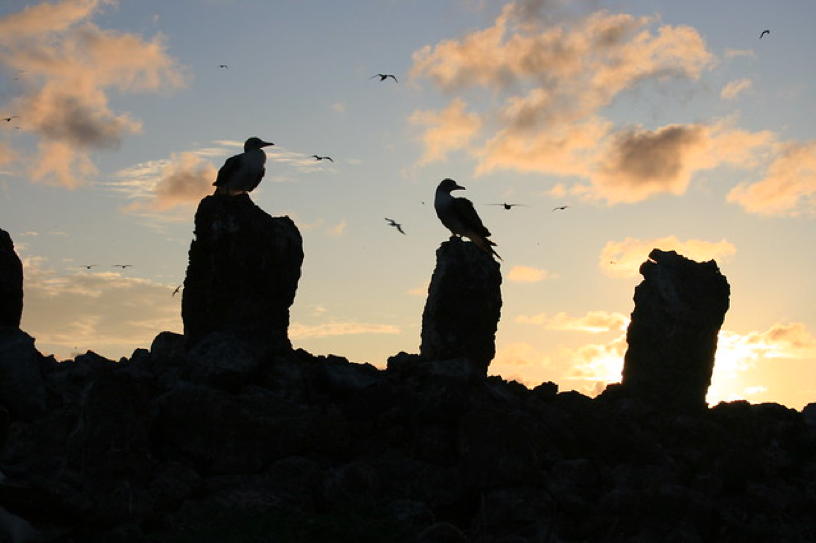 The terms conservation and marine protected areas (MPAs) often conjure images of pristine reefs and marine environments with no sign of humans to be found. However, ignoring the connection between humans and the ocean, specifically communities and cultures which have lived in harmony with the ocean for millennia, can hamper the goals of conservation and potentially do great harm to the communities. Over the past decade “culture” has begun to claim space in the world of conservation. While identifying what exactly “culture” entails in the context of conservation is still a regular source of debate, for MPAs the first step towards honoring the cultural components is including local indigenous communities in the planning and management of these spaces. Inclusion and recognition of native and indigenous communities who have lived, worshiped and fished in the protected area is an approach commonly found in both large and small MPAs. [1]

This inclusion can be crystalized in many ways, such as establishing cultural working groups alongside western management structures, and holding traditional, religious and cultural services in protected spaces. The shift from purely ecologically-focused conservation to conservation which includes the preservation and protection of cultural values and identities is often termed biocultural conservation. Biocultural conservation in MPAs can often result in higher levels of trust with local communities thereby increasing ecological success. It can also spur incredible resurgences of traditional cultural practices in many MPAs. MPAs around the world are becoming models for how to include cultural values in their approaches to conservation. In fact, a 2017 Global Ocean Refuge Award winner, Papahānaumokuākea Marine National Monument presents a valuable example of incorporating culture into the management approach.

Papahānaumokuākea spans 1,508,870 km2 around the uninhabited Northwest Hawaiian Islands and represents some of the most sacred cultural seascape for Native Hawaiians. These islands are believed to be the source of all life found throughout the archipelago. The central island of Mokumanamana, for example, marks the passage from the land of the living, or “ao,” to the land of darkness where gods and spirits reside, or “pō,” in the Hawaiian religion. Since the establishment of Papahānaumokuākea in 2006, traditional practices like wayfinding, sailing without the use of modern navigational instruments, have seen a major resurgence, and have contributed to both ecological and cultural conservation successes. [2]

Native Hawaiians and Hawaiian cultural values are integral to the management plan of Papahānaumokuākea. The name Papahānaumokuākea refers to the “birthing” of the Island archipelago, and the Office of Hawaiian Affairs is a co-manager of the MPA, alongside NOAA, the US Fish and Wildlife Service and the State of Hawai‘i Department of Land and Natural Resources. Additionally, the Native Hawaiian Cultural Working Group was established alongside other advisory working groups to advise and inform the managing agencies activities. Prioritizing cultural values in the management of Papahānaumokuākea has increased visibility of the seascape’s significance not only for Native Hawaiians but also for ocean dependent communities throughout the world.

While Papahānaumokuākea represents a model of top-down integration for large scale MPAs this process can look different for small community-based MPAs. The Global Ocean Refuge Accelerator Inhambane Bay Community Conservation Network presents a model of biocultural conservation driven by traditional cultural values or “Ocean Rules.” The inclusion of cultural values in MPAs will look different around the world. Whether this inclusion occurs through national government management frameworks, like in the case of Papahānaumokuākea, or through community action, as in Inhambane Bay, depends on the communities, cultures and environment in question. The inclusion of culture through biocultural conservation represents a step towards effectiveness and equitability in conservation and should be a priority for MPAs around the world.

The Papahānaumokuākea Marine National Monument “represents a responsibility to care for the place that is our beginning,” says Uncle Sol, a native Hawaiian with a special connection to this place. The 2006 designation of this highly protected ocean habitat in the northwestern Hawaiian Islands marked the beginning of a global movement that’s led to the creation of more than a dozen other large-scale marine protected areas.

[2] In addition to being a GLORES Platinum award winner Papahānaumokuākea is also a UNESCO cultural and natural World Heritage Convention site; a designation held by few other MPAs. The Marine Conservation Institute played a critical role in the designation of Papahānaumokuākea as a UNESCO site and provided much of the research and nominating support.